Prior to the  1938-39 introduction of mobile FM equipment, the AM gear supplied by GE was developed and manufactured in the Schenectady plant. The original first, second, and third M.O. (M.O. - Manufacturing Order) low-band FM mobile equipment was designed by G.E. Engineers at Schenectady and manufactured by James M. Millen of Malden, Massachusetts. Information on the linked site indicates that the Millen company was started in 1938. 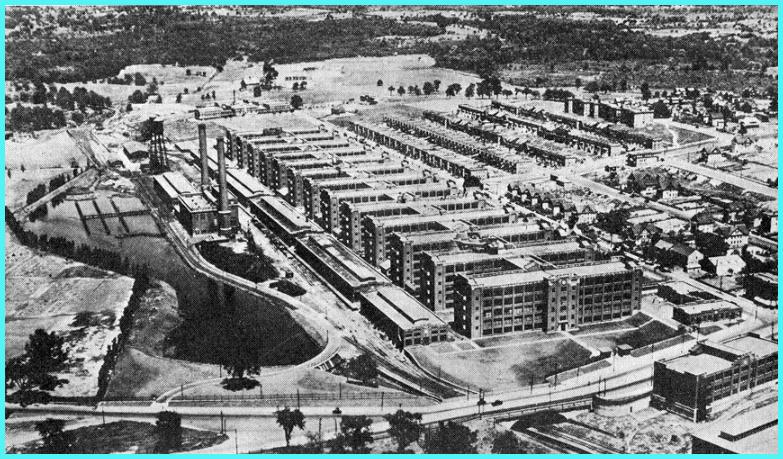 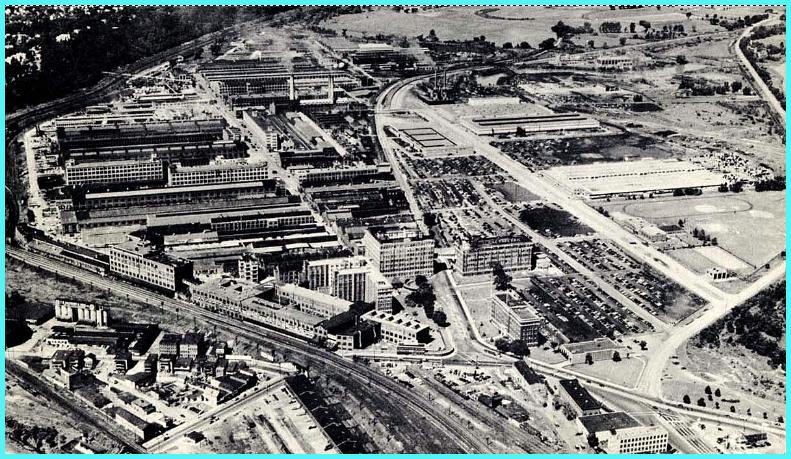 In the spring of 1942 the Emergency Communication Equipment Section, as the mobile communications business was then called, was moved from Bridgeport back to the Schenectady Works, shown above, and it remained there for 3 years. There's more about the start of this move in the box on this GE News Page.

Toward the end of the war (in January, 1945) mobile operations were moved from Schenectady to GE's Thompson Road Plant (not shown) in Syracuse, NY, and manufacturing was resumed with the sixth M.O. low-band equipment. In June, 1947 the mobile radio offices moved from Thompson Road to Building 7 (shown above) in GE's nearby and new Electronics Park, but production continued at Thompson Road? In the photo: the labs were in the section under the dish antenna and the offices were in the smaller section at the rear. Unseen behind the lab section was a huge manufacturing area.

In 1957 the marketing operations were moved to a small leased facility (formerly a plumbing shop) nearby Liverpool, NY where they remained until the move to Lynchburg in 1959. 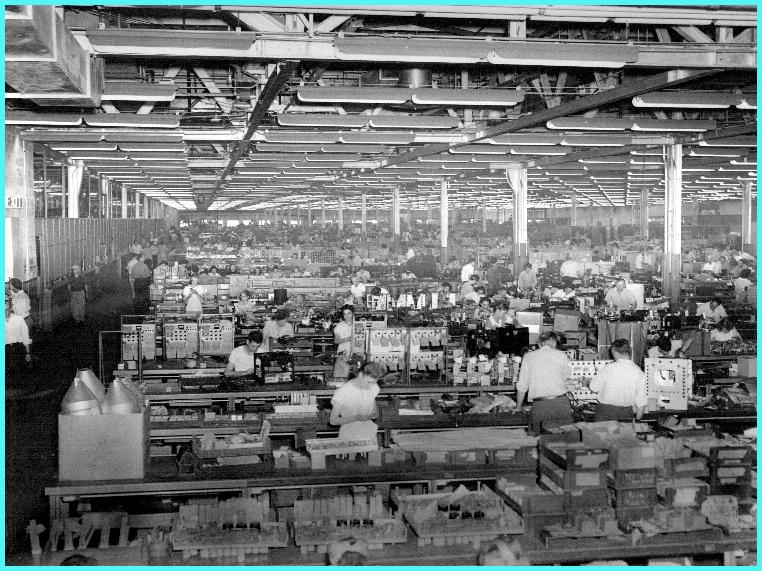 The photo above is likely the interior of one of the Electronics Park facilities - Building 7? The close spacing of the windows in the background rules out Bridgeport or Kent Street.

The location of mobile assembly operations between 1945 and 1950 is unclear. Thompson Road and/or Building 7 in Electronics Park  are both possible locations before the 1951 move to Kent Street in Utica, NY. 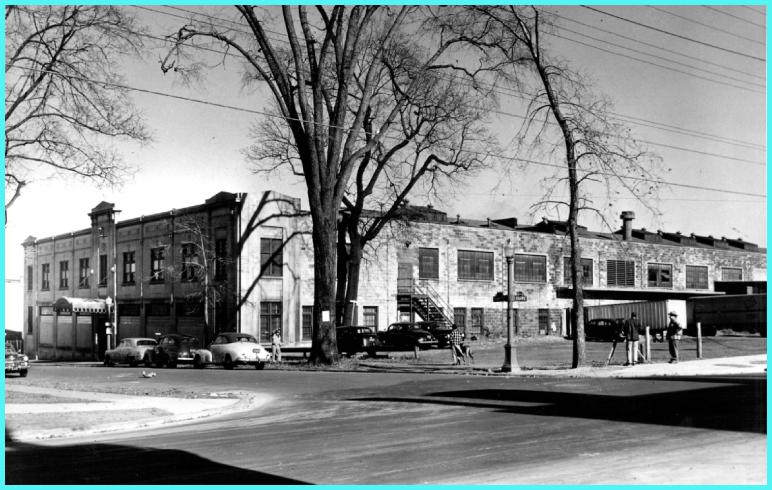 According to this article GE owned a vacant plant on Kent Street in Utica, NY where vacuum tubes had been manufactured until 1948. During the first half of 1951 many mobile radio manufacturing operations were moved to this plant (shown above) where they remained until the move to Lynchburg, VA in 1959.

So by the mid-to-late-1950s GE's rapidly-growing communications operations involved 5 separate facilities strung out over 100 miles centered on Syracuse, NY. Management was eager to get everything consolidated under one roof and the quest for new facilities was started. The first attempt at consolidated facilities was a plan announced in 1956 to build a new plant at Gainsville, FL. However, by the middle of that year the plan had been canceled, and nothing further developed until the mid-1958 announcement of the move to Lynchburg, VA.